Historic New Castle served as the colonial capital of Delaware until 1777 and provides valuable stories of our country’s earliest settlers and founding fathers. This is the location where William Penn first landed in the New World in October 1682 and where four signers of the Declaration of Independence –George Read, Thomas McKean, George Ross, and Francis Hopkinson once lived.

The New Castle Courthouse was built in 1732 and served as the meeting place for the state’s colonial assembly from 1732-1777. It is here where the Delaware Assembly voted on June 15, 1776 to separate from England and from Pennsylvania, creating the “State of Delaware.” The Green was first laid out by the Dutch as a public square and has since served as a place for public forums and town activities. The Sheriff’s House is located adjacent to the Courthouse and the Green, and is all that remains of Delaware’s first prison system.

Things To Do
Today, visitors can take a tour of the Court House and other Historic Houses located around The Green, enjoy a nice picnic on The Green, and attend special events such as Separation Day, A Day In Old New Castle and the “Spirit of Christmas”.

Visitors can also stop by the towns Visitor Center located at The Arsenal to watch a short video about the town’s history and find more information on tours available around the town. 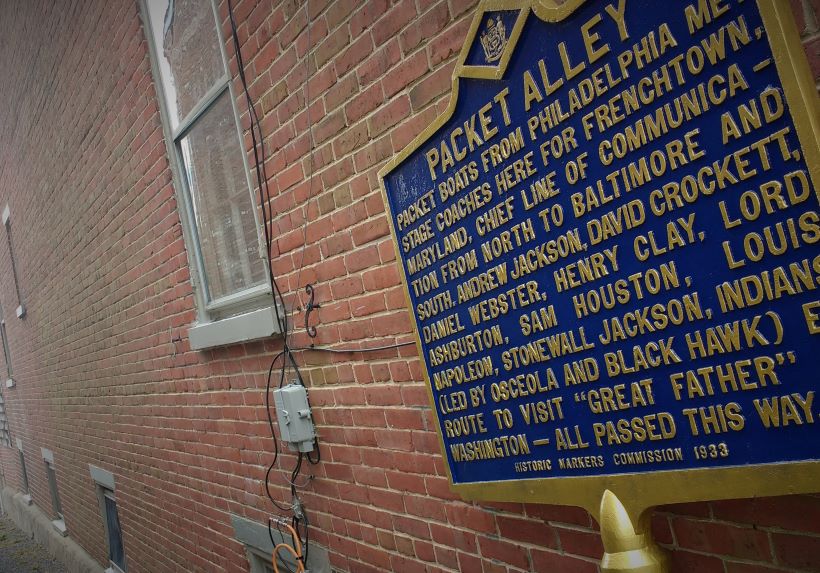